Before I start this post, I need to write a disclaimer. I like “Sixteen Candles.” In fact, I own “Sixteen Candles.” It is, by most accounts, an 80’s classic. Samantha’s sister is hilarious, the Geek is a great character, and aside from the obvious political incorrectness throughout, it’s a pretty funny movie.

Now here is where a lot of people will likely disagree with me, but for the life of me, I can’t like Jake Ryan. He’s cute, no doubt about that. But looks aside, I think he’s pretty much a skeeze.

Actually yes, Jake, I do think you are a slime.

Let us look at the facts, shall we…

On the other hand…

Did I mention that he didn’t even show an interest in Samantha until he read a note unintended for him, and discovered that he was the one guy she would sleep with if given the chance?

Lloyd loves his family, despite not being a priority for them.

Lloyd calls Diane up and invites her out while living at the apartment that he shares with his sister and nephew. His life isn’t easy. No one in his family even made it to his high school graduation.

When Diane breaks his heart, he desperately tries to prove his love and win her back.

When Caroline passes out, Jake lets the Geek drive her home in his dad’s Rolls-Royce…so he can call Samantha.

Lloyd loves Diane for who she is. He doesn’t care that she’s smart, and he isn’t intimidated by her fellowship or future success. He visits the nursing home where she works and supports her through her dad’s legal troubles.

Um…okay? I guess if you’re Jake Ryan, a guy with a lot of money and good looks, it’s okay to dream big at the expense of your currently intoxicated girlfriend.

I guess I’m just the type who believes if you’re going to fall in love, you should fall in love with all of your heart. 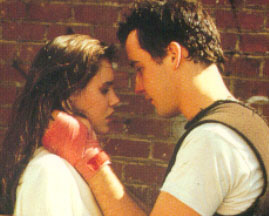 And it should be with someone who will love you back with all of his.

Last summer, my sister invited me to write a guest post for her blog, http://joyfulmysteries.me. After an obscene amount of procrastination over what to post on my part, I settled on writing a letter to my teenage self, similar to the popular blog, Dear Teen Me, http://dearteenme.com/. I wasn’t sure what I’d tell my teen self if given the chance. Was there a way to prepare that naive girl from Montana for the world to come? Probably not because even if I tried, she’d likely not believe it. I could, however, try to convince her that even when things seem overwhelming, they’ll turn out okay. I could also tell her to enjoy every moment of every day because before she knows it she’ll look back and wonder where the years have gone.

Looking back at my teen years, I tend to see myself as rather average. I wasn’t one of the beautiful blonde twins portrayed in the Sweet Valley High books I read, filled with outlandish drama, betrayal, and young love. I wasn’t a rebel or a rule breaker, nor was I the scholar or editor of the school newspaper. I wasn’t voted best eyes, dressed, or most likely to do anything. I was, simply, me. And in a world before the internet, social media, cell phones, digital photos, text messaging, and YouTube, that was okay.

What I do know is that I was once a girl who didn’t quite care if the dishes were done immediately following a meal and who only made her bed about once a week, a girl who at the time, didn’t appreciate the stars dotting the sky in her hometown, but would miss them every single day after saying goodbye and moving away.

If I close my eyes, I can still see that girl, the one I used to be walking through the halls of my high school, sporting Keds and stonewashed jeans. Would she recognize me sitting at her future home in a Mariner’s t-shirt and staring out at a cloudy Western Washington sky? Probably not, but here goes…

Okay, so here’s the thing…I know you tried to get rid of the Missy moniker when you started a new school freshman year to make yourself seem older, but it didn’t work because once everyone found out it was your nickname, it stuck. And that’s totally okay because it’s who you are and you’ll come to recognize that when the people who knew you growing up call you Melissa, it sounds foreign on their tongues, and you’ll kind of hate it because to them, you were always Missy, a name that somehow becomes familiar and comforting, like a warm blanket wrapped over your shoulders on a cold, winter night.

You’ll live and breathe basketball in high school, but will never play on a team again. I know this thought makes you sad and that lump that grows in the base of your throat when you are about to cry is likely burning now, but you’ll be okay. I promise.

Your heart will be broken your junior year and although you knew this relationship wouldn’t last, it will hurt worse than you ever imagined possible. Although you’ll find it hard to believe it wasn’t your fault and you’ll want to apologize and beg him to love you as much as you love him, don’t do it. He isn’t the one, and when you see him years later at a class reunion, you’ll hug him and feel genuinely happy to see him, but you won’t love him, nor will you regret dating him because he was an important part of your life. You will, however, regret lingering on the hurt and not giving other guys a chance the remainder of high school. Ditch that last shred of hope. Date the baseball player, tell the guy you’ve had a crush on since freshman year how you really feel. Take chances and don’t let past hurts hold you back.

Consequently, and further proving that some things are meant to be, you’ll fall in love in college. He’ll be the person who makes you laugh every single day and will be a great dad to your future children. He’ll be the dreamer while you’re the realist. He’ll be your best friend and before you know it, you’ll have survived two military deployments, infant colic, differing taste in movies, and will be preparing for your twentieth wedding anniversary.

You’ll get to see Bon Jovi in concert, twice. This won’t entirely make up for the fact that you weren’t allowed to attend the Slippery When Wet concert because you were too young, but it will help. Although the disappointment of not being able to see Jon Bon Jovi fly though the air like in the “Livin on a Prayer” video will linger forever, much like the Aqua Net in an 80’s locker room.

You’ll be diagnosed with celiac disease. I know this makes no sense as you have no idea what it is right now, but all the aches and pains you experienced after diligently carb-loading before a big race will one day make sense.

Spend more time with your family and don’t worry if you skip a night out with friends. You might not believe me now, but there will come a time when you’ll miss your family every single day and you won’t remember that party long ago that you just couldn’t miss.

You’ll still cry when you’re embarrassed and you’ll get embarrassed when you cry. It’s a double-edged sword, really.

The bangs. Where do I begin with the bangs? There is no need to take a butane curling iron camping so that your hair is styled in the mountains. Seriously. One day you’ll look back at pictures and even the fact that most other girls had the same curls and styled bangs that you did won’t cushion the blow that it was a really, truly awful waste of time and products.

George Clooney will become a really big deal, but you’ll still see him as the handy-man on “The Facts of Life.”

You’ll never be an artist so don’t even bother with the stick figures. One day you’ll be a fairly decent writer, though, so keep at it.

Speaking of writing, you’ll experience rejection. A lot of it. But the stories in your head will continue surfacing so to avoid becoming a habitual daydreamer, put the words onto paper and create a world others might find interesting.

You’ll become a teacher who loves her job. I know, right? Shocked me too.

There will be more Star Wars movies. You’ll still roll your eyes whenever Luke Skywalker whines in Episode 4 and you’ll become disheartened with the franchise when the prequels are released. Take my advice—skip the prequels and wait for “Star Wars, The Force Awakens”. It’ll be worth the wait. You’ll also secretly enjoy watching “Space Balls,” although you’ll never admit how hard it makes you laugh.

You’ll look back at pictures and wish you were still that thin even though you know at the time you wanted to lose five pounds.

In the future, you’ll experience loss. Some of these losses will be so personal and painful that even now, you won’t be able to write or talk about them. You’ll also be okay.

You like to take care of others. You also like to be in charge. You’re not very good at delegating, although you’re working on it. Organization is kind of your thing. You hate clutter and become overwhelmed by excessive paperwork. You also hate dirty microwaves. And the smell of vanilla. You love chocolate and popcorn and to this day, detest the song, “Don’t Worry Be Happy.” You hold grudges, but eventually forgive because you finally realize how silly the grudge you’ve been holding onto is. You love traditions, wine, the mountains, your oldest and dearest friends, and your family. You’re an introvert who finds it hard to spark conversations with people you don’t know. Some people view you as standoffish because of that trait, but it’s just the way you are and that’s one reason you married an extrovert.

You’ll never sing in public and are a pop culture junkie, although you’ll never really be a fan of Ferris Bueller or reality television, and you’ll always believe “Say Anything” is one of the greatest movies and love stories ever written.

Don’t worry about what you perceive others to think about you. Try not to stress if you don’t get invited to a party. Stand up for your children and never forget to say “I love you” to those who matter the most.

So, put down the curling iron and go live. You won’t regret it. 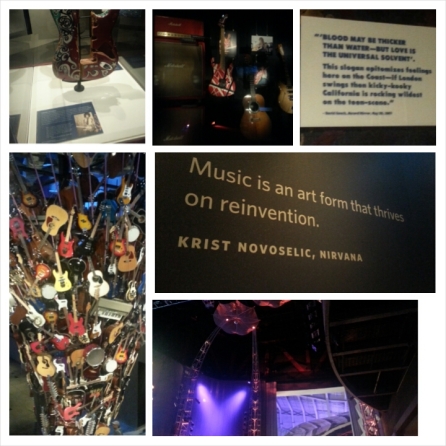 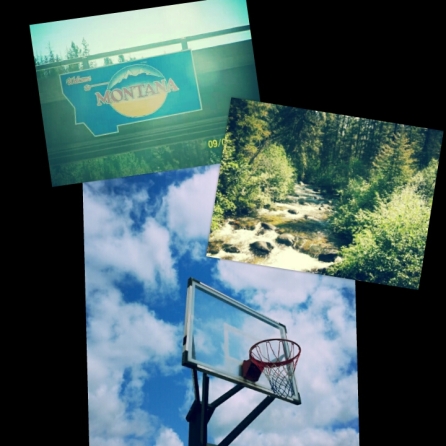